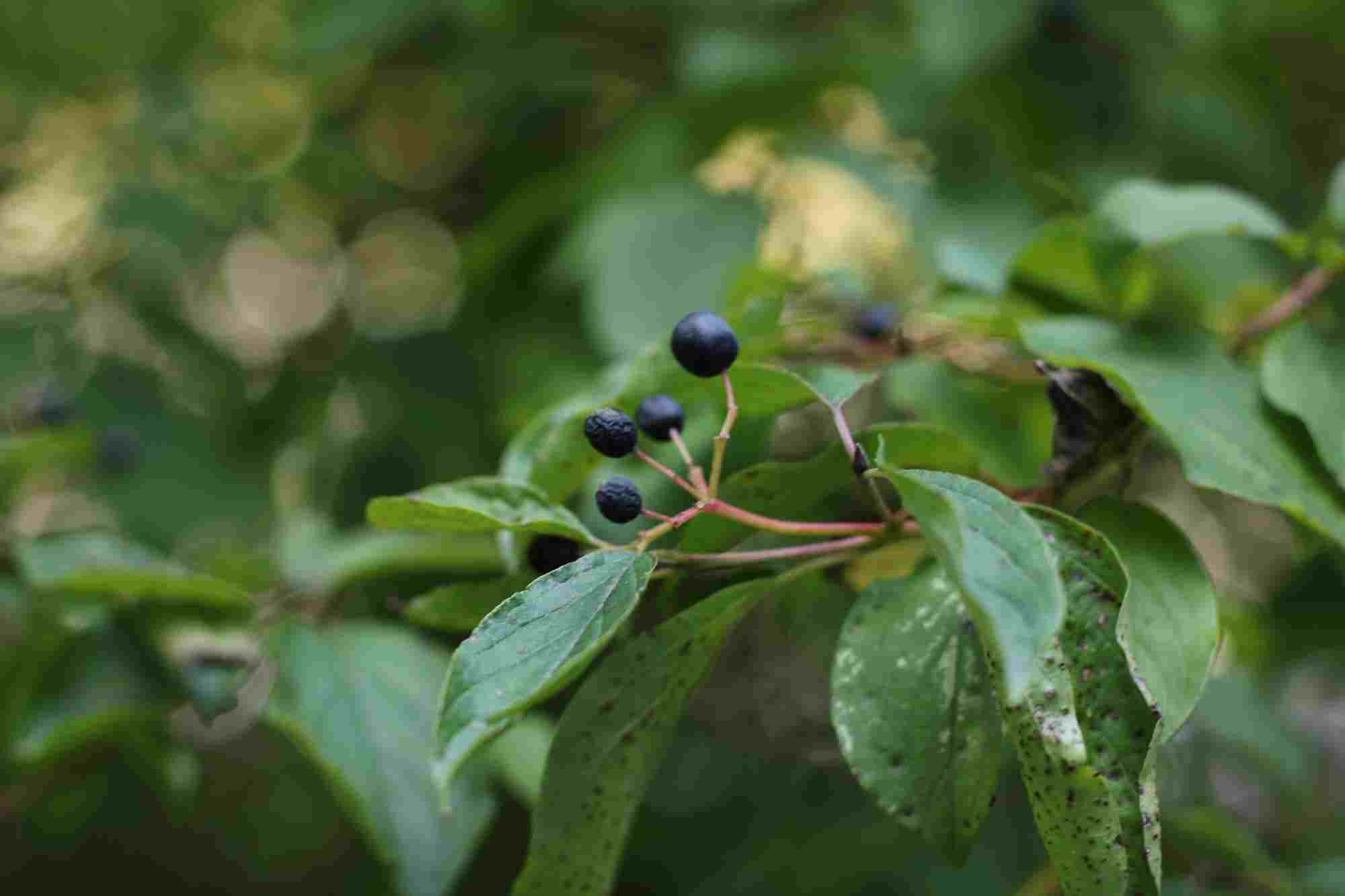 As a lover of complementary medicine and practitioner of nutritional medicine, I recently realised that, from all the fruit that I was introduced to in my life, bilberries (vaccinium myrtillus), also known as European blueberries, have sneaked their way into my understanding of God’s pharmacy more than any other fruit.

Please allow me to share some of my journey of discovery with you. I was born a few decades ago in Romania, in a small town from Transylvania, at the foot of the Carpathian Mountains. I remember in summer, women from the country coming to the local market to sell jars filled with bilberries. These small, dark coloured, round berries – a close relative of the grown blueberries but a bit smaller – and when you touch them or eat them, they stain your skin and teeth in dark purple-blue for a long time. The cooks would buy them to serve them fresh, but also to preserve them in various forms, making jams, syrups, liqueurs, and medicinal wines which they would keep throughout the year.

In my early primary school years, I had a few episodes of acute diarrhoea, where mum would put me on a strict diet of well-boiled rice, then toast and quark to help me get better. There were no fresh fruit or jams allowed in the diet. At the age of six, whilst visiting my mum’s mother in another city, my grandmother and I had such a severe episode, that we both had to live on boiled dried cornelian cherries (cornus officinalis) for one week. We both got well, but it was a traumatic experience, as rehydrated cornelian cherries taste sour and astringent and I wanted real food or at least something tastier!

A few years later, my family and I were visiting my father’s parents in the countryside during the summer holidays. There was no pharmacy in the village. Again, I developed an episode of acute diarrhoea and I was already dreading the idea of having to on a severe diet and maybe… rehydrated cornelian cherries? But no, my grandma suggested bilberry jam! It sounded unrealistic, as my knowledge up until then did not include jams as a recommendation for gut repair. I expressed my concerns to my mother, who replied: “Jams are not good, except for this one. Try it!” Hesitantly I started having bilberry jam on toast: I loved it and in two days my gut was as good as ever!

Years went by and, in September 1992, whilst waiting for my turn to do a presentation on my research thesis at the end of my six years of studies in General Medicine at the University of Medicine and Pharmacy in Cluj-Napoca, Romania, I was surprised to hear one of my graduating colleagues speaking about his involvement in research done in our university centre regarding anti diarrhoeal properties of a bilberry fruit extract called “Eridiarom®”. As you can imagine, it is less common that students of Western Medicine are introduced to this kind of information. More knowledgeable were our colleagues from the Faculty of Pharmacy who used to study pharmaceutical botany.

In 1994-1995 I spent nine months as registrar in paediatrics on a rotation at the Infectious Diseases Hospital in Cluj-Napoca. This is when I realised for the first time the curative properties of the bilberry fruit once I started using the Eridiarom® bilberry extract in my work with children. This product had been developed in our university centre by Prof. Dr Roman Morar, a Professor of Veterinary Medicine at the University of Agricultural Sciences and Veterinary Medicine. Approximately half of the children on the paediatric ward of the hospital had been admitted for acute infectious diarrhoeal presentations, most of them with identified pathogenic bacteria, including Shigella Dysenteriae.

Shigella causes severe inflammation in the gut expressed clinically as diarrhoea with mucus and blood. Our team of doctors used either the patented bilberry extract or antibiotics with demonstrated sensitivity when treating children with dysentery. All children’s symptoms would resolve within one week and routine stool cultures were performed in all these clinically cured patients. Towards our doctors’ team surprise, we noted that on some cases, children who had been treated with antibiotics were still “healthy carriers” for the pathogenic bacteria and had to continue their treatment, whereas children who had been treated with the bilberry extract alone were free from Shigella! This was an amazing observation: what had mother nature put into those berries to help children heal so well?

A few years after my migration to Australia, I returned to Cluj-Napoca in Romania to do some medical training and visit family. My auntie had been diagnosed with diabetes mellitus and she asked me to purchase her a few tubs of a supplement called Diavit® which was only available then from the micro production manufacturing laboratory “Plantarom”, located near the Faculty of Veterinary Medicine.

When I asked for more information about how this supplement worked, I had the pleasure and great surprise to be introduced to Professor Roman Morar, the same one who developed the bilberry extract Eridiarom® which I had used for my patients, my family and even my pet over the years! A modest man, but very enthusiastic about his work, Professor Morar took the time to explain to me the value of this new remedy which my auntie was after. Diavit® was developed from extracts of bilberry and sea buckthorn (Hippophae Rhamnoides) and had been already trialled on a group of patients with type 1 and type 2 diabetes. The most rewarding results had been seen in patients with type 1 diabetes (where there is a lack of insulin due to the autoimmune destruction of the pancreas) who displayed a gradual reduction in their need for insulin whilst using Diavit® together with a healthy diet for several months and, on top of that, some of the patients who had lost their vision due to complications of type 1 diabetes, regained their vision!

I could not believe my ears, but Professor Morar had a bunch of letters handwritten by the same patients who regained their vision. I had the privilege to read paragraphs from several of these letters in which the patients were expressing their gratitude for being able to see again. You can imagine that this was a very emotional moment for me! Since then, Romanian researchers have published articles showing that the combination of blueberries and sea buckthorn extract has been able to regenerate beta islets of the pancreas in children with type 1 diabetes mellitus, as shown by an increase in the levels of C-peptide (a direct marker of how much insulin is produced by the pancreas) in the blood of the studied children.

I have been keeping bilberry extract in my house for at least twenty years and it has been a faithful companion in each one of my longer family trips. It has also saved me and my children from a food poisoning with ham few years back (in this case it is recommended that administration of bilberry extract should be done after approximately 24 hours from the onset of diarrhoea, to allow for the elimination of toxins from the gut). I also like to have bilberry compote and bilberry jam as a back-up for emergencies and as a nicer tasting option for my children. 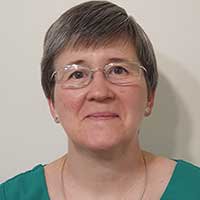 I graduated from the Faculty of General Medicine in Cluj-Napoca, Romania, in 1992 and worked as an intern doctor and then as a registrar doctor in paediatrics.

Soon after my migration to Adelaide in 1998, I had the privilege to meet some very knowledgeable practitioners in complementary medicine and Ayurveda. They helped me discover the beauty of complementary medicine through looking at each person as unique individuals with unique stories, unique problems, unique treatment approaches and unique healing journeys. . 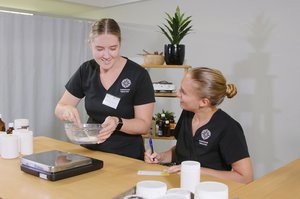 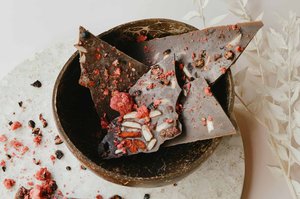