Edible bugs: the future of food? 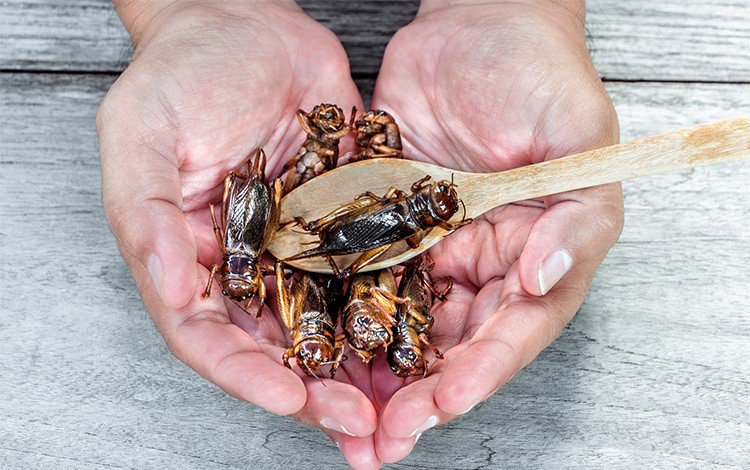 ‘Crunch’, that dreaded sound when walking barefoot on the front lawn. However, to about two billion people worldwide, this is just the sound of someone consuming their high protein snack ­– legs, antennas and all.

It may come to a surprise that there are over 1,900 of species of edible bugs out there, that's quite a mouthful!

Ten thousand years ago, in non-western cultures, bugs (particular locusts, beetles, and grasshoppers) were a common source of protein. With the surplus farming of crops and the introduction to pesticides, bugs soon became the pest, and all of their nutritional value and health benefits were quickly given the flick.

‘At Endeavour College, topics of issues including sustainable protein sources without high levels of accompanying saturated fats and the ethical dilemmas of sourcing and consuming meat etc. are all raised in a number of nutritional subjects such as Medicinal Food Science and Sociology of Food and Nutrition. Many foods with a healthful reputation involve questionable production practices, e.g. farmed salmon currently requires more fish stock in production (fish feed) than it produces which is non-sustainable. Insects, and in particular cultivated crickets, eat less energy than they produce and they do not impact negatively on the environment.’
- Tess Dingle, Lecturer Nutritional Medicine, Endeavour College

As part of our commitment to student learning, Endeavour was joined by  Grilo Protein in a free and interactive presentation to discuss the nutritional benefits of consuming bugs, particularly crickets!

’The reason why we choose crickets is because they're healthy, sustainable and delicious!’
- Lucas Becker, Grilo Protein

So, what are the health benefits of crickets?

What makes them sustainable?

In short (very short), as a child, you were probably taught about the impact on the environment caused by carbon dioxide found in pollution caused by cars, ships and planes. However, according to  Oxford Academic, the methane produced by cows affects global warming 28 times more than carbon dioxide. On top of that, nitrous oxide (a gas that arises from cow’s manure) combined with certain fertilisers forms a molecule with a global warming potential that is 265 times higher than carbon dioxide. The numbers are scary and it’s safe to say the world is in need of a more sustainable protein for the future.

Crickets are 12 times more efficient than cows. They produce 80 times less methane than cattle, plus 100% of the cricket can be eaten. They have a lifespan of 6-8 weeks, and they only get harvested at the end of their lifecycle, making them a much more humane source of protein.

‘Our students learn about the essential amino acids and where they can be sourced, how much is required in various life stages, conditions and applications and what are the various considerations of suitability to the individual e.g. ethical, social, cultural, cost, absorbability etc. They use less essential resources such as land, water, feed which is important when you consider the environmental degradation caused by a growing human population’
- Tanya Morris, Senior Lecturer Naturopathy, Endeavour College

The thought of eating crickets whole has a lot of people feeling squeamish at the thought. Luckily, there’s another option. I was so blown away by the nutritional value of this ‘mini livestock’ that I just had to give it a go. I purchased cricket chocolate protein and added 2 Tbsp. to my morning smoothie. It was delicious! I couldn’t taste anything out of the ordinary and better yet it was easily digested. However, eaten whole and roasted (also available for purchase in Australia), I’ve been told they're crunchy and the taste has been described as earthy and nutty, similar to almonds (yum!).

They're a versatile ingredient

There are not many high source protein ingredients that you can blend in your morning smoothie, add to your bliss ball, add to your stir-fry for some added crunch and even bake in a cake.

At Endeavour, we’re always excited to discover products that not only naturally optimise our health, but can also be the cure for a more sustainable future. 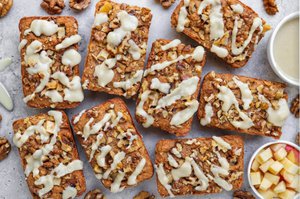 Written by Endeavour College of Natural Health on 5 April, 2022 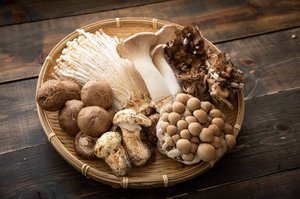 The magic of mushrooms: health benefits of powdered fungi