How Jeff Kennett started our most important conversation 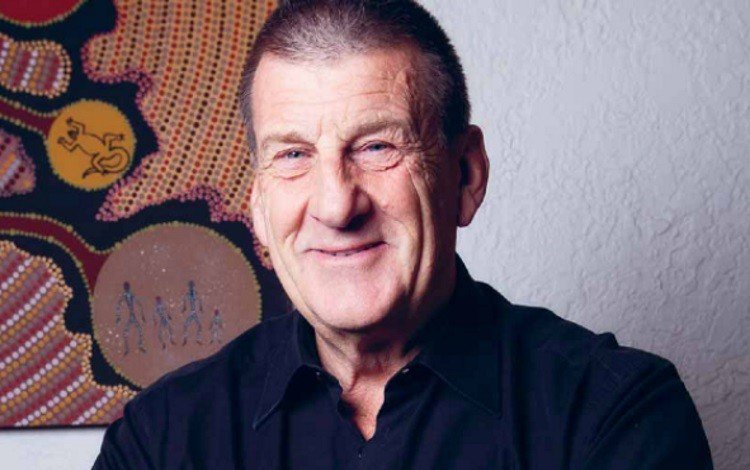 Jeff Kennett talks to Wellspring about how he applied his well documented tenacity to establish not-for profit organisation beyondblue after leaving politics in what he describes as ‘the role of his lifetime’.

No report card on Australia’s progress in supporting people with mental health issues would be complete without considering the achievements of former Victorian premier and Liberal leader Jeff Kennett.

Known for his tough, no-nonsense character and his achievements as one of the most decorated premiers in Victorian history, Jeff Kennett applied his well documented tenacity to establish not-for profit organisation beyondblueafter leaving politics in what he describes as ‘the role of his lifetime’.

He has a reputation as a polarising public figure, but Mr Kennett’s achievements in putting anxiety and depression on the map in Australia are undisputed. Since establishing beyondblue in 2000, under his leadership the organisation today employs 100 staff and is known as a major force in shaping public policy and introducing innovative new mental health programs.

Mr Kennett’s journey with beyondbluebegan when his daughter experienced the loss of two of her friends, both young men who had died on the roads.

“She was very upset and we spoke about what could be done to lower death tolls on the roads. When we looked into the matter more closely we realised both men were emotionally depressed after breaking up with their partners and used their cars to take their lives,” Mr Kennett said.

“This changed my approach entirely and I started trying to better understand suicide and what could be done in the community. Without my daughter asking that one simple question beyondbluewouldn’t have been born.”

Mr Kennett soon decided a national body was needed to examine depression and educate the public to encourage them to seek help early and remove the public stigma surrounding the illness.

“I wanted to ensure mental health was widely understood, acknowledged and addressed by the wider community. I also saw a need for improving services for people experiencing anxiety and depression – and their family and friends – together with motivating action in the area of prevention.”

beyondbluewas established in the Australian context of the World Health Organisation’s projections of an increasing global burden caused by depression. Depression is the leading cause of disability worldwide and is predicted to be the leading cause of burden of disease by 2030, ahead of heart disease. There were limited benchmarks overseas to draw inspiration from at the time, with few countries having attempted a national response to depression, and those that had gotten off the ground often meeting with limited success.

With just nine staff and a passionate Chairman in Mr Kennett, the organisation rapidly grew, with an independent evaluation prepared by the University of Melbourne in 2004 commending beyondbluefor ‘achieving a significant amount in a relatively short space of time’ and becoming ‘the public health face of mental health in the country’.

The report also recognised beyondblue’s results in the face of numerous obstacles.

“Given the well documented shortfall in mental health services alongside the long-standing problems with stigmatization and discrimination towards people with mental illness, this [its progress] is a considerable achievement,” the report read.

Quick to point out much of the success of beyondblueshould also be credited to the wider team, Mr Kennett names the widespread public awareness of the organisation as one of its biggest achievements.

“Our recognition rate is a huge 91%. There aren’t many organisations that have been operating for such a short period of time that are as well respected and understood,” Mr Kennett said.

Support from the media in giving beyondbluea wider public platform to raise awareness of its work and to start removing the stigma surrounding mental illness has been another milestone.

“Working with the media has allowed us to open Australia’s eyes to depression and mental health in a way we’ve never seen before. We talk about these issues on the radio, on TV and in newspapers, whereas ten years ago you would have never seen discussions like this happening in the mainstream media,” said Mr Kennett.

Part of beyondblue’s resonance in the community also comes down to the work it has done to tailor its program and approach to meet the needs of various communities – whether it be Indigenous, childhood, rural communities, the lesbian, gay, bi, trans or intersex communities, men, new mothers, the workforce or older Australians.

The former premier is matter of fact about the determined focus of the organisation.

“We have so many programs badged beyondblueso we’re always in your face. It has worked in our favour,” he said.

Mr Kennett, who has dedicated 40 per cent of his time to his work at beyondbluesince 2000, attributed part of the organisation’s success to the bipartisanship existing within the political spectrum.

“While I may disagree with politicians from time to time, the reality is they continue to support our work, and this has reinforced in my mind where there is bipartisanship in government a great deal can be achieved,” Mr Kennett said.

“We have seen every government in Australia give mental health a far greater priority since beyondbluebegan its work. All have invested new funding into the cause, and many governments have even employed ministers for mental health. None of this existed previously.”

Part of Mr Kennett’s influence on beyondbluecan be seen in the organisation’s determination to travel around Australia to ensure its services and support are able to be accessed by all Australians.

“When we established beyondblueI travelled all over Australia speaking to smaller outback towns and larger metropolitan areas – we literally covered the country from top to bottom and went to the places other people don’t go.”

As an example, beyondbluelaunched a National Roadshow in 2014 which will travel more than 50,000 kilometres in a big blue bus through every state and territory of Australia holding more than 200 events to support healthcare professionals and the community to become more active in tackling mental health issues.

When it comes to the biggest challenges faced by the organisation, Mr Kennett is straight to the point.

“As you destigmatise something the demand grows exponentially. Today we have tens of thousands of people presenting to medical professionals for help and there aren’t enough services and facilities to meet the demand. It is putting pressure on our medical profession, many of whom are overworked and underpaid,” he said.

“This is not an issue with a simple solution and not something you can overcome easily or quickly.”

Mr Kennett has a clear message for people not yet touched by mental health issues.

“I want to encourage people to learn more about mental health because even if they have never experienced it personally, there is no guarantee they won’t. We could all wake up tomorrow in a comatose position due to a chemical imbalance in the brain. The more we learn about these issues the better we can support others – our parents, children and colleagues.”

When it comes to looking back over his tenure with beyondblue, the role he famously described as ‘more important than my political career’, Mr Kennett is remarkably humble.

“I have been a great beneficiary of this experience as I have learned so much. I may not be a professional, but I am now a very well educated layperson.”

The role complementary health has to play

“Medication can certainly help people with mental health issues lead fuller lives. However, the reality is medication is not always the answer and therefore dietary changes and physical exercise also have a role to play. At the end of the day mental health is experienced differently by everyone and different things will work for different people. The scientific professions help us learn more about these issues all the time.”

“The mental health plan available through GPs is the result of the advocacy work we’ve done over the years and has been a wonderful support to many people. To those making greater financial demands of the Government I would say it is important to illustrate you can responsibly handle what the public purse has given you before requesting more. I am sympathetic to the cause, but there needs to be parameters in place.”

Which mental health issues keep him up at night

“None, because getting a good night’s sleep is terribly important for your mental health. I developed a system a good many years ago where I run through the day every night before I go to sleep. I deal with all the issues then so I can sleep well – it is such an important factor in facing the day ahead refreshed and positive.”

beyondbluelaunched Man Therapy in 2013 to encourage men to take charge of their mental health and look out for their mates to reduce the far higher rates of male suicide rates in Australia when compared with women.

Man Therapy's website includes tools to help men recognise the signs of depression and anxiety and seek support and a discussion forum for men experiencing symptoms of mental illness. mantherapy.org.au

beyondbluelaunched a mobile app in 2014 to make it easier for young people to initiate a conversation with friends they are concerned may be experiencing depression or anxiety. It was the result of beyondblue winning the 2013 Vodafone Foundation App Aid competition after receiving more than 700 crowdfunding donations.

The free app provides a range of things young people can say to their friend, and where and when to say it, along with tips from other young people who have reached out to a friend successfully. The app was developed in response to research which showed only one in four young people aged 16 to 24 experiencing a mental illness will seek support from a health professional.

The Heads Up Program

beyondblueteamed with the Mentally Healthy Workplace Alliance earlier this year to launch a national campaign to encourage Australia’s business leaders to take action on mental health.

The campaign addresses the significant financial cost to Australian businesses caused by untreated mental health conditions. The campaign addresses a growing body of evidence pointing to the savings business can make by enhancing the mental health of their staff ($10.9 billion a year according to a recent PricewaterhouseCoopers report). The Heads Up program offers free tools and resources for business leaders, who are encouraged to register to learn how to make their workplace more mentally healthy, productive and profitable. Leaders can also download tailor-made mental health plans for their workplace. headsup.org.au