Five ways to boost your brain chemistry with food 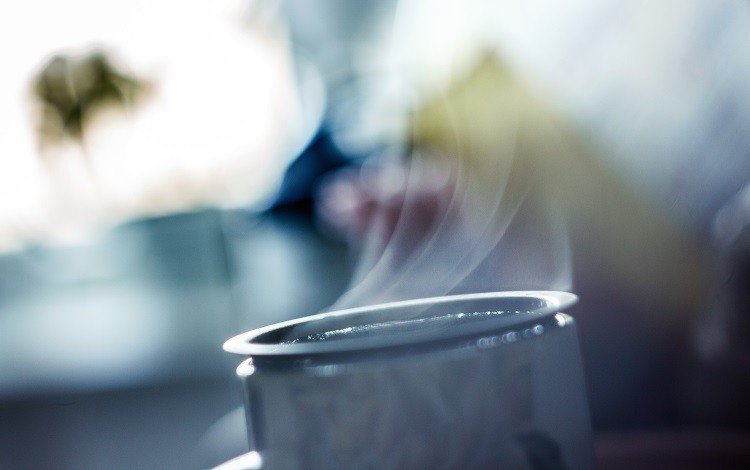 Samantha Ward shares five of her favourite nutrient-rich foods you might not find on the usual superfood lists that are both delicious and scientifically proven to boost your mood.

Isn’t it reassuring to know that the right food choices can result in an instant surge of happiness, stable moods and higher energy levels? We all know the feeling of eating a carb-rich meal that leaves us feeling like a nap, or when we come crashing down after a sugar or caffeine-high. On the flipside, it is simple and easy to add new foods to our diet to ensure we are putting our best foot forward every day.

I’ve put together five of my favourite nutrient-rich foods you might not find on the usual superfood lists that are both delicious and scientifically proven to boost your mood. They are all well worth adding to your grocery lists! I’d also love to hear your favourite mood boosting foods so feel free to leave your thoughts in the comments field below this article.

We all know when we’re feeling crappy we’d like to reach for a huge block of chocolate and a bottle of wine. Well, have I got great news for you. Raw chocolate (cacao) may be just the thing to make you feel on top of the world! Raw cacao is the nut of the Amazonian cacao tree, and the food that stakes a claim on the title of the plant containing the highest amount of antioxidants. This over achiever also boasts a ridiculously high amount of magnesium, iron, manganese, chromium and anandamine which is commonly referred to as the “bliss chemical” – sounds fun.

Raw cacao is an aphrodisiac, it improves cardiovascular health and does wonders for foul moods and fatigue. The best thing about this? The chocolate taste. You can use it in anything and everything. Add cacao to smoothies (banana, cacao, coconut and date is my favourite combo) or make a hot chocolate with raw cacao, almond milk and coconut milk - seriously, it’ll blow your mind. You can also add some delicious cacao nibs to your trail mix instead of processed chocolate.

Maca is a Peruvian root grown 10,000 feet above sea level in the Andes. In its natural form it looks like a turnip crossed with a dried fig but don’t let its less than attractive appearance fool you. Maca boasts extraordinarily high levels of calcium, iron, magnesium, sulphur, potassium, phosphorus, zinc, copper, selenium, manganese and vitamins C, E, B1 and B2, plus antioxidants. Maca was traditionally used by Incan soldiers before battles to make them strong. However, the maca was then restricted upon their return – apparently it boosted the libido of the soldiers too much!

More and more research was done into the benefits of maca and it was discovered that it is an adaptogen and it balances hormones, enhances mental acuity, supports the nervous system, aids in neurotransmitter production, increases stamina and, you guessed it, boosts libido.

Use powdered maca in a smoothie – it tastes delicious with raw cacao!

Camu Camu powder is produced by drying and grinding Peruvian Camu Camu berries. Traditionally, Camu Camu berries were made into a juice to rid the body of viral infections and calm anxiety. Its impressive nutrient profile consists of bioflavanoinds, B vitamins, serine, valine and leucine plus 60 times more vitamin C than an orange.  It improves the symptoms of a plethora of diseases, most notably through its effect on chronic fatigue syndrome, the immune system and depression.

Camu Camu has a pleasant citrus flavour so it goes really well in a smoothie, mixed into juice or water or as an ingredient in desserts.

When most people hear Omega 3 fatty acids they instantly think of salmon, however the foods with the highest percentage of Omega 3s are flax seeds and walnuts, closely followed by chia.

Kombucha is a type of yeast that is often incorrectly labelled a ‘strange looking mushroom thing’ and is commonly referred to as a SCOBY with is an acronym for a symbiotic colony of bacteria and yeast. Kombucha tea is made by fermenting kombucha and bacteria with tea and sugar (to feed the bacteria).

The fermentation process produces billions of probiotic bacteria which makes this tea a ‘go to’ solution for people wanting to soothe their irritable bowel syndrome or replenish their bowels after a course of antibiotics.

When discussing mood though it is kombucha’s delivery of the whole profile of B vitamins that really counts.

The best thing about Kombucha? You can make it at home! No need to spend hundreds in your local health food store – find yourself a SCOBY and get brewin’!

Samantha Ward is a nutritionist passionate about fostering evidence-based, holistic health and uses a variety of tools to rebuild physical, emotional and spiritual wellbeing in her clients. She is also committed to providing nutritional education to school children in Melbourne and assisting disadvantaged communities overseas.

Samantha is a member of the Australian Natural Therapists Association, a graduate and tutor of Endeavour College of Natural Health and the founder of Invora Health.