Australia provides a safe and secure living environment. Australians are generally very tolerant people with a relaxed and friendly attitude.

Australia provides a safe and secure living environment. Australians are generally very tolerant people with a relaxed and friendly attitude. Endeavour College of Natural Health caters for International students at all five of its International campuses: Sydney, Brisbane, Gold Coast, Melbourne and Perth.

Sydney is the largest city in Australia and Oceania, and the state capital of New South Wales. Sydney has a metropolitan area population of approximately 4.5 million and an area of around 12,000 square kilometres. Its inhabitants are called Sydneysiders, and Sydney is often called "the Harbour City".

It is one of the most multicultural cities in the world. It hosts many different festivals and some of Australia's largest social and cultural events. These include the Sydney Festival, Australia's largest arts festival which is a celebration involving both indoor and free outdoor performances throughout January; the Sydney Film Festival and many other smaller film festivals such as the short film Tropfest and Flickerfest.

Melbourne, capital of the state of Victoria known as the "Garden State", is located on the southeast coast of the Australian mainland and has a population of 3.4 million people. Melbourne also features historic buildings and colonial architecture which contrast with modern skyscrapers and apartment buildings on either side of the Yarra River.

It is also renowned for its weekend markets, cultural and sporting activities and is within an hour's drive to beaches, wineries and the snow fields. Melbourne residents enjoy a varied yet temperate climate with hot, dry summers and cold winters.

Brisbane, capital of the state of Queensland, known as the "Sunshine State", is located midway on the eastern coast of the Australian mainland and has a population of 1.4 million people.

Brisbane city features historic buildings and colonial architecture contrasting with modern skyscrapers and apartment buildings on either side of the Brisbane River. Brisbane is best known for its pleasant climate and relaxed lifestyle with an emphasis on outdoor living.

Brisbane is also renowned for its weekend markets, cultural and sporting activities and is within an hour's drive of the north and south beautiful surf beaches, rainforests and mountains. Brisbane residents enjoy a sub-tropical climate with hot, humid summers and warm winters.

The Gold Coast is located about one hour's drive south of Brisbane. This world-class resort area has a population of 1 million people.

It features 42 kilometres of white, sandy, surf beaches contrasting with modern skyscrapers and apartment buildings that line the beaches. The Gold Coast is best known as an international holiday destination with a pleasant climate and warm ocean waters.

Perth, the capital city of Western Australia, is home to 1.3 million people and enjoys more hours of sunshine than any other capital city in Australia.

It features a broad cultural diversity which is reflected in the way of life, incorporating a wide range of restaurants, events and the arts.

International students, as adult learners, are expected to organise their own accommodation in Australia. Student services can provide you with a list of information on where to begin your search if required.

These hostels are available for both tertiary and non-tertiary students.

Facilities include shared bathroom and kitchen so that students can prepare their own meals. For newcomers to the country, living in a hostel is a good way to meet other students in a comfortable study environment.

Advertisements on student noticeboards and in sections of the local newspapers advertise for one or more people to share a house or flat, often where a lease has already been taken out.

This often suits students once they have been in the country for some time and are comfortable with their new country's living arrangements.

As with share accommodation, units, flats, single bedsitters and even houses are available through Real Estate agents.

These are normally unfurnished. One month's rent in advance is usually charged plus a bond (or security deposit) prior to signing a lease agreement.

Endeavour has partnered with Study Vision to offer our international students accommodation options, in either:

Study Vision also provides airport pick-up services at the airport where they will welcome you and escort you to your accommodation and introduce you to your hosts. 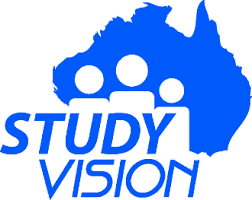 Get involved with the international student community in your study city: