Working against the need for speed 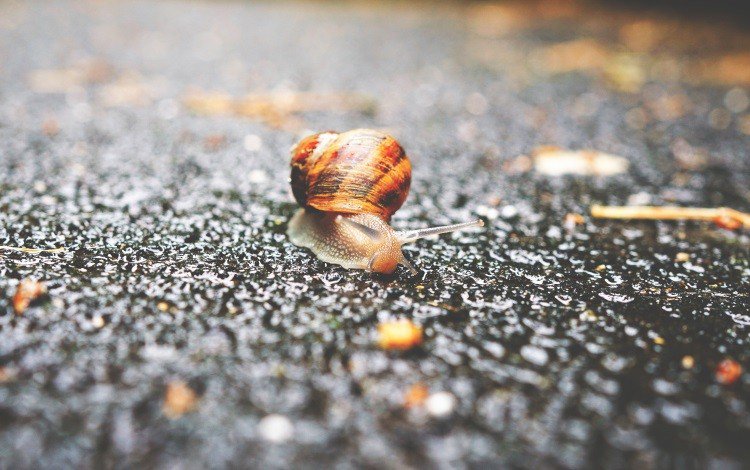 Journalist, author and reformed 'speedaholic' Carl Honoré explains how to ensure you are living life at the right pace.

As the world around us seems to be speeding into fast-motion as people try to jampack more work, hobbies or family time into every available second, the ‘anti- frazzle’ solution may be simpler than we realize.

We switched gears to interview journalist, author and reformed ‘speedaholic’ Carl Honore, the world’s leading force for the Slow Movement. Let’s be clear – Carl does not suggest the answer lies in completing every task at tortoise speed, but rather that we dedicate ourselves to finding the right pace necessary to do things as well as possible, rather than as fast as possible. The idea is that by investing the right amount of time and attention to a problem, you have a greater chance of solving it in the long-term.

Carl’s own slow journey began when he caught himself at a pivotal moment as he found himself speed-reading to his young son. This prompted him to look deeper, and what he saw wasn’t pretty – the need for speed was damaging not only relationships but communities, health, businesses and even economies.

This led to Carl taking up yoga, clearing his schedule to be with his family on the weekends and dedicating himself to further exploring and raising the profile of the importance of slowness in today’s society. This sharpened awareness on all things slow has spread to the arenas of cooking, wellness and cities – and the results speak for themselves.

“It is now widely accepted that the Western world’s emphasis on speed erodes health, productivity and quality of life. It hampers our ability to think sharply and creatively when we are constantly running to the next task. We are now starting to see that if you take the time to get your ducks in a row, you can get better and faster results in all aspects of life,” said Carl.

“The pressure is greater than it has ever been, without a doubt. They keynote of modern culture remains acceleration and turbo. But the idea that faster isn’t always better is growing.”

Carl proved his own point about the importance of taking the time to do a job properly with his own journey towards becoming an author.

“Every agent I approached turned me down and I was on the verge of shelving the idea altogether when I stumbled across the right person at a dinner party.”

Today Carl’s books have been translated into more than 30 languages and have been seen on bestseller lists around the world, from Argentina and Canada to Taiwan, Sweden and Spain.

Dubbed ‘the godfather of the slow movement’ by Huffington Post, his TED talk has been viewed more than 840,000 times. Carl’s first book In Praise of Slow, resulted in global interest in the speed at which we live.

He went on to write Under Pressurewhich analysed how parents tend to micromanage their children’s lives.

His latest book The Slow Fixgives practical case studies on how patience and time pay off in addressing serious challenges.

The journey behind his latest book began when Carl realised his chronic back pain would never improve if he invested sporadically in one-off treatments every time the pain re-emerged. This led him to look deeper into examples around the world where short-term thinking and bandaid solutions led to catastrophic problems.

Carl proposes a holistic, creative approach that addresses the roots of the issues and challenges the culture which allowed it to manifest in the first place. His book puts forward case studies from a range of industries across the world which demonstrate why this formula is so powerful and how it works.

“The book is a cultural critique written to make people think, to rotate the world so that people will see things differently and hopefully change the way they behave. You may not be in prison or facing tropical diseases in Chile, but out of these stories spring universal truths.”

Carl advises people to look out for signs they may be in need of slowing down.

“For many people it’s the body that sends you the signal – you might feel exhausted or suffer from an illness or from burnout. Or maybe a relationship goes up in smoke because you haven’t made the time to listen to your partner – to really be with them.”

“If you feel like you’re not really enjoying life because you can’t focus and you’re always itching to get on to the next thing, that’s another sign. So too is an inability to remember things because life becomes a blur and nothing sticks.”

When it comes to the first steps to take to truly slow down, Carl’s advice is simple.

“The first thing is to do less. Look at your schedule and cut back on the stuff that is not essential – that might mean watching less TV, reducing the extracurricular activities of your children, saying no to the occasional social invitation, or working less. It’s important to accept that you can’t do everything.”

Is it really that bad?

According to the research – well, yes. A recent study called the Better Life Index which assessed 34 developed nations in the areas of happiness, health and housing affordability showed Australians flunked in the area of work-life balance. The index showed that 14% of Australians work more than 50 hours a week and of the 11 criteria, we received the lowest score for work-life balance.

Australians also took 30th position when it came to hours worked, and the 25th spot for time devoted to leisure and personal care.

In addition, the hours Australians devote to personal care (eating, sleeping, leisure and socializing) was behind the daily average of 14.9 hours.

E-web marketing – a napping room to improve productivity, massage chairs in the office and four extra days leave for community service. Manufacturers Hilti offer their staff an extra week’s annual leave each year. Atos, a French global IT services and consulting company with 70,000 employees in 42 countries, is running a "zero email program." which means email will only be used when essential. Otherwise staffers are expected to communicate by telephone or in person.

Empower Public Relations, a 25-employee Chicago-based PR firm, cut the smartphone cord and created a BlackBerry Blackout Policy, which prohibits staff from answering calls or emails from 6 p.m. to 6 a.m. weekdays and from Friday night to Monday morning.