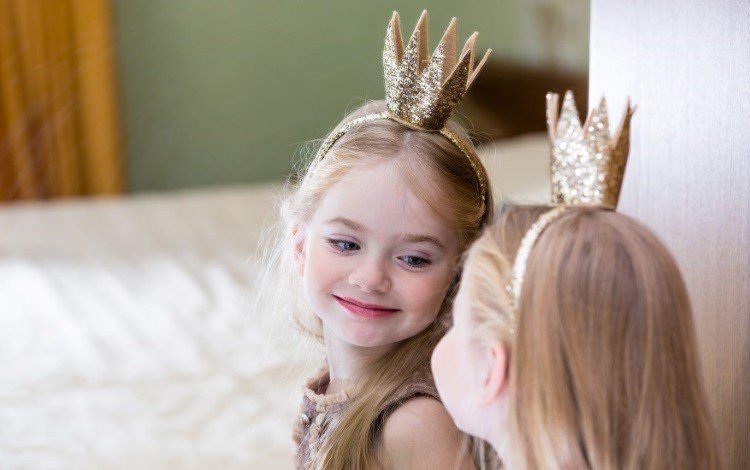 Self-love is a crucial ingredient to health and wellbeing. Learning to love and embrace every part of ourselves not only fills us with confidence, it leaves space in our minds for more productive thoughts, propelling us towards a happier and more fulfilled existence.

In my first year of high school, I remember a particularly freckly-faced kid in my class asking me, “What happened Miranda, did you sneeze in a tin of Milo?” My reaction was to laugh really hard because that was the funniestdescription I had ever heard of freckles in my life – so clever! Plus my freckles weren’t a sore point for me – I’ve always thought they were cute. But I could see the disappointment in this kid’s face as someone had obviously used that line on him and it had offended him, so he wanted to use it on someone else and look clever to his mates.

This was the first time I realised freckles were considered to be a flaw, and something we shouldbe ashamed of, but I really didn’t get it. Don’t get me wrong, I have had low points of self-esteem in my life, and have parts of myself I have wanted to change, but my freckles have never been one of them. This story proves a few things:

We all have parts of ourselves that we criticise, be them physical features or behaviours, and if we aren’t careful, negative thoughts about them can become a baton to which we pummel our self-esteem, leading to low confidence, self-loathing, loneliness, anxiety and depression. We let the opinions of others shape our relationship with ourselves, when it has absolutely nothing to do with them. Sound familiar?

Self-love is a crucial ingredient to health and wellbeing. Learning to love and embrace every part of ourselves not only fills us with confidence, it leaves space in our minds for more productive thoughts, propelling us towards a happier and more fulfilled existence. If you are struggling through the negative thoughts in your head here is want I want you to do:

Step 1: Write it down

Next, I want to know why, but this will be different for each list. For the features you like, write down why you like them. Don’t take into account what other people would say, just write down what makes you happy when you think about that part of you. This list should be full of happy and fulfilling thoughts that make you proud of the person you are.

With your perceived negative features, write down what influenced you to dislike that feature. In other words, has someone criticised that feature (even as a joke), or is there someone in the world you consider has the ideal of that feature, and that’s what you aspire to have? This step is about understanding what caused us to be so critical about that part of ourselves so that we can change the conversation around each attribute. Be as descriptive as you can.

For example, my belly is part of my body I have often criticised. I remember when I was 17, my Aunty got fancy new scales and weighed my cousin and I, who were the same age and roughly the same height. When she weighed me, I weighed 58kg, and she told me I needed to lose 3kg to be in my “healthy weight range”. I wasn’t an athletic kid, but my cousin who was weighed around 55kg and I was already constantly comparing myself to her. It wasn’t her intention to have me criticise myself, in fact, I think she was just enjoying her brand new fancy scales. But what she said certainly affected me.

So now you understand why you dislike each negative attribute and have more understanding of your favourite parts of yourself, it’s time to change the conversation. For every attribute you dislike, write down something positive about it. Be realistic – you don’t have to over-exaggerate the flaw, just change the way you speak about it. Here are a few examples:

Attribute: My belly
Why: Because it’s not the ideal that is shown in magazines
Something positive: My belly isn’t actually that big, and I can feel my core strength even though I can’t see it. The skin there is smooth and it’s actually quite pretty to look at. It still looks hot in a bikini.

Attribute: My hairy chin
Why: Because it’s “unfeminine” and “gross” to have hair there
Something positive: There is only a couple of them and because they are black they are easy to pluck.

Glamorous, right? But that’s just my point. If I was to get all flowery with my language, like, “I love my chin hairs because they remind me of my mother and make me realise I am human”, no one would believe that – certainly not me! You don’t have to loveyour flaws – at least not immediately – you just need to be practical about them, realise they are a part of you, and no amount of criticising yourself will change them.

Step 4: Time to get a little woo-woo

Now, I am not exactly what you would call a “spiritual guru” but I do believe this step is an incredibly important one.

Stand in front of a full-length (or biggest you can find) mirror, preferably naked and look at yourself. Look at how beautiful you are. Look into your own eyes and smile at yourself.

As soon as a negative thought comes into your head, turn it into a positive one. Now say to yourself, out loud, five things you love about yourself (at least three of them need to be physical).

And my favourite part; do your best Beyonce impersonation, strike a sexy pose, look at yourself and say, “Damn girl, you look goooood!” because my goodness, you are blowing me away with your complete fabulousness right now!

Get in the habit of recognising negative thoughts and turning them into positive ones, especially when you’re in the mirror. Eventually the critical habit you have developed will turn into a habit of praise, and it will be easier to be confident in your own skin. You may even be confident enough to throw criticism back at the haters. After all, to paraphrase Dr John Demartini, every trait, be it positive or negative, that we recognise in others, is a reflection of the traits we have within ourselves.

So when someone specifically criticises something about you, it is just that you are a mirror for their insecurities, which is an uncomfortable feeling for them, so they deflect. This is powerful, because you can learn to realise that what they’ve said isn’t even about you, it’s about them, which takes away the power of the words.

We are all beautiful, strong, brave, fabulous, unique and dynamic creatures with something powerful to bring to the world, and we can totally do that if we give ourselves a chance to truly love and believe in the wonderful humans that we are.

Miranda Partridge is a nutritional medicine practitioner, self-love advocate and lifestyle blogger based in Brisbane. Through her website she shares tips, insights, thoughts about her wellness journey and her quirky and dorky sense of humour. Miranda's clinical practice, workshops, blog posts and videos are all about embracing your own unique qualities, enjoying the healthy habits you create and feeling empowered to live your best life without the need to aim for perfection. Just real food and real strategies for real people.