Sweet or sour: the real deal on refined sugar alternatives 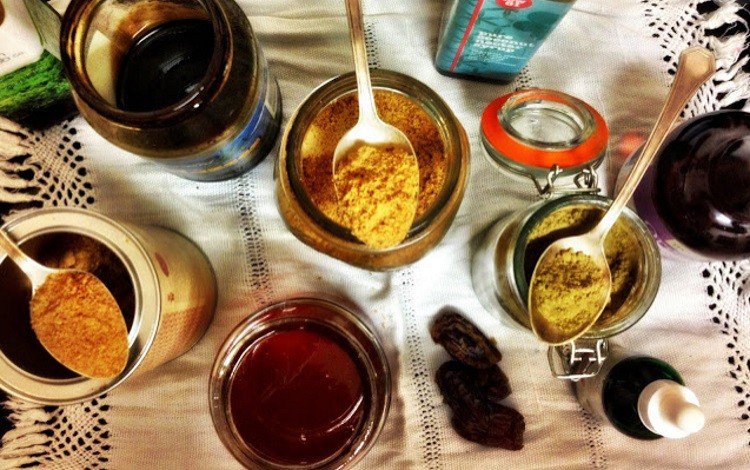 Read all about the pros and cons of the most popular alternatives to refined sugar.

We’ve all heard that refined sugar is unhealthy. It increases acidity levels, spikes insulin, decreases the immune system, feeds yeast infections, encourages stress, decays teeth, causes systemic inflammation and is as addictive as cocaine. Regardless of the myriad of health risks, the sweet, sugary, taste sensation we all know and love is extraordinarily hard to live without. This has sent the health conscious masses out in search of the perfect sugar substitute. However, these ‘natural’ sweeteners may not always be as sweet as they seem.

Here are the pros and cons of nine popular sugar substitutes.

Agave syrup (or nectar) is produced by extracting and purifying the sap from the Blue Agave plant. It has a GI of 15-30 which would typically mean an absence of large blood glucose spikes, however it contains an incredibly high amount of fructose at 75% which is often believed to be a major culprit in the development of obesity, Type II Diabetes, cardiovascular disease and even a risk factor in developing cancer.

Yacon Syrup is extracted from the tuberous roots of the Peruvian Yacon plant which was traditionally eaten by people with diabetes, renal disorders and gastrointestinal upsets. It tastes a little like molasses spiked with caramel. It is sweet but won't spike your blood sugar with a glycemic index of almost zero.

Maple syrup is produced by extracting the sap from a maple tree and heating it to temperatures of 85C-115C to produce a syrup. The potential antioxidant activity of the natural phenols it contains help reduce the symptoms of Type II Diabetes, however when the American Dietetic Association measured the antioxidant content it showed only nine micromoles of plasma ferric acid reducing ability, which is essentially zero antioxidant power. In addition, the high quantity of fructose is not desirable. If you decide to go with maple syrup make sure it’s pure and organic, not just maple ‘flavoured’ syrup.

Pros: Has a pleasant taste and is easily found in supermarkets
Cons: High fructose content and nutritionally deficient

Stevia is a plant native to South and Central America. Its leaves are known to be up to 300 times sweeter and have a longer duration of taste than regular refined sugar. It is available in two forms - refined powder or natural leaves. You’ve probably guessed that I’m more of a fan of the natural leaves from your own home grown plant, as the refined powder is highly processed through heat, the application of solvents and filtration. The small amount of glucose released in digestion is used by bacteria in the colon and isn’t absorbed into the bloodstream, therefore stevia will not produce a spike in blood sugar which makes it the perfect sugar substitute for diabetics. In light of this, it appears there’s no real scientific decision on this one just yet. There are thoughts about stevia being related to genetic toxicity. It’s certainly not as harmful as aspartame and other artificial sweeteners but there’s no evidence that it’s especially helpful either. Yes, stevia has been used for hundreds of years. however it has only recently been used in refined forms and excessive quantities.

Coconut sugar appears to be the new ‘in thing’, with health foodies spruiking it in every health food store you enter. The facts though? After exhausting a conflicted list of pros and cons, the bottom line is in the fructose content. Coconut sugar is apparently the single most sustainable sugar in the world and has a glycemic index of only 35 (yay!), however its main sugar component (80%) is sucrose, which is a combo of glucose and fructose which is definitely undesirable.

Brown Rice Syrup is derived by culturing cooked rice with enzymes from dried barley sprouts to break down the starches. The end product consists of glucose in three forms:  3% glucose, 45% maltose and 52% maltotriose. The larger combinations of glucose mean that it takes longer for your body to break it down, and as such yields a glycemic index of only 25 and has an almost negligible effect on blood sugar. The only concern I have with this product is that there were significant quantities of arsenic found in some brands of Brown Rice Syrup of a lower quality so be safe and always buy organic.

Pros: Low GI = no blood sugar spike, great in baking, fructose free, plus even organic is cheap!
Cons: It contains only a small amount of additional nutrients

Raw honey is not pasteurised or filtered, it is taken directly from the hive with all nutrients intact. Raw honey has some pretty exciting health benefits including claims to increase calcium absorption and haemoglobin count, soothe respiratory tract irritations, sustainably boost energy (GI: 30) as well as provide antiviral effects. The key is to choose organic, raw honey. This is the least processed, most natural, option when it comes to choosing alternative sweeteners.

Pros: One of the least refined sweeteners, great health benefits
Cons: Not suitable for vegans and depending on supplier, not sustainable

Blackstrap Molasses is a thick syrupy by-product of extracting sugar from raw sugar cane. It has a glycemic index of 55 (low when compared to white sugar’s score of 80) which demands less insulin production and stabilises blood sugar. It also provides iron, calcium, copper, magnesium, phosphorus, potassium and zinc, and is alkalizing to the body. This is where all of the nutrition from sugar cane goes after the refined white sugar has been taken out. Blackstrap molasses has been praised for its ability to benefit conditions such as arthritis, ulcers, skin conditions, high blood pressure, constipation, varicose veins, anaemia, bladder issues and gallstones, however its most common use is as a blood building tonic due to its high iron content.

Pros: It’s like taking a sweet and tasty supplement full of really beneficial nutrients
Cons: Has a really strong and unique taste that’s a little difficult to disguise

Date sugar is by far the ‘healthiest’ sugar alternative because it is not actually an extracted sugar. It is merely whole dates, dried and ground into a powder. It contains higher antioxidant activity than any other sugar substitute and delivers sneaky phytonutrients and fibre as well. This is perfect for use in baking, hot chocolates, desserts and anything with a thicker texture due to its fibre content.

Pros: It is a whole food, contains mega amounts of antioxidants and it is actually good for you
Cons: Doesn’t go well in tea/coffee due to the thickening form the fibre

I’m just not feeling the stevia love. I personally don’t like its taste and after taste. I definitely recommend this for people with diabetes though.

It is important to remember that while all of the products discussed are natural, they are still sugar and should be used in moderation, not as a staple.

So, cut down your added sugar intake. Learn to appreciate the natural sweetness in your delicious, organic, unrefined, foods.

Samantha Ward is a nutritionist passionate about fostering evidence-based, holistic health and uses a variety of tools to rebuild physical, emotional and spiritual wellbeing in her clients. She is also committed to providing nutritional education to school children in Melbourne and assisting disadvantaged communities overseas.

Samantha is a member of the Australian Natural Therapists Association, a graduate and tutor of Endeavour College of Natural Health and the founder of Invora Health.