How a shoulder injury shaped my career as a Myotherapist 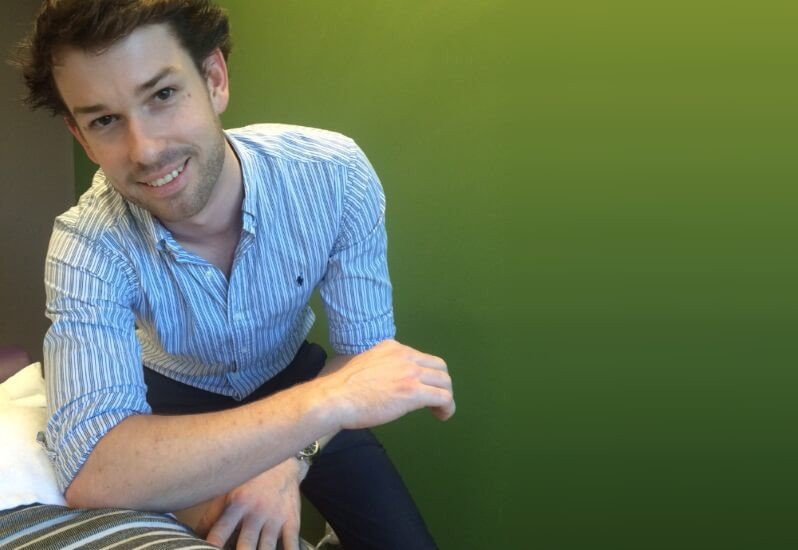 When Troy Randall injured his shoulder in his early teens, an appointment with a myotherapist got him back on the courts and led to a fascination with manual therapies as he committed to make a difference to people in the same boat.

When Troy Randall, 25, injured his shoulder playing tennis in his early teens it was an appointment with a myotherapist that got him back on the courts after physiotherapy sessions and a series of MRIs failed to uncover the cause of his pain.

After seeing his myotherapist for a year to keep on top of his injury, Troy became fascinated by the form of manual therapy. After progressing through the ranks at Officeworks to become the youngest manager in the company’s history, Troy decided to follow his heart and pursue a career in the same form of healthcare that had offered him so much relief.

“I wanted to help others in the way my myotherapist Alan had helped me. I remember that feeling of being so frustrated by an injury and just wanting it to be fixed, and I wanted to make a difference to people in that boat. It just so happened Alan had studied at Endeavour, and I decided to enrol in the same degree,” said Troy.

Troy found he was able to put his knowledge into practice while studying to bring about some outstanding results for clients.

“A lot of my mates are tradies and professional tennis players, and I was able to sharpen up my skills through treating them over the course of my studies. I brought a lot of relief to a friend with terrible hip pain that affected his sleep, and I even worked with an Endeavour lecturer with severe shoulder pain to reduce her discomfort and bring her back to a full range of motion,” said Troy.

Troy said he would always remember his time studying Myotherapy at Endeavour.

“I absolutely loved my time at Endeavour. Our year was fantastic – we were all close and helped each other out all the time. Our lecturers knew the industry inside out and were always there for us too,” said Troy.

Troy said the energy he invested in networking throughout his studies paid off well when he graduated and was able to find work instantly.

“One of my close friends told me to get to know as many people in the industry as I could before I graduated, and he was right – it’s how you get the good jobs. I was able to get work at two Brisbane clinics as soon as I had my degree because of the connections I’d made,” said Troy.

Now working at Optima Sports Medicine in Kelvin Grove and Health Place in West End, Troy’s client base has grown rapidly due to word of mouth referrals.

“I’ve realised how crazy word of mouth really is. When you invest the energy in helping someone and they can see the difference you’ve made, they do talk about you and suddenly you see this rush of other people coming in as a result of that experience,” said Troy.

Through his work at Healthplace and Optima Troy is now treating the Queensland Reds rugby team, working closely with the team’s Senior Physio to support its physiotherapists and massage therapists. That job led to a similar role with the Australian Rugby Union Wallabies team ahead of the test against England at the Gabba in June, and more recently a weekly session with performers from the Queensland Ballet.

Through word of mouth, Troy has also helped prepare some of Australia’s Olympic Sailing medal hopefuls ahead of the Rio Olympic Games next month, with several team members actually taking a break from their preparation in Rio to travel back to Brisbane for treatment with Troy before heading back to compete.

“Myotherapists have more of a hands-on skillset so I have a lot to offer elite athletes with my soft tissue work,” said Troy.

“I’ll always remember my first day working with the Reds. I walked into their rooms and saw a ‘Medical Team’ sign and before I knew it I was amongst it all, working with the players and getting this insight into life behind the scenes of such a successful club. It was an exciting time for me.”

Troy knows exactly where he is headed and is currently undertaking bridging study subjects which will have him fully prepared to begin his Masters of Clinical Chiropractic at Central Queensland University in the next two years.

“It will be fantastic to have an extra tool in the belt as I will learn to make adjustments to the body and work more closely with the spine. I’d also like to specialise in working with elite athletes, launch my own clinic and eventually teach in the profession,” Troy said.

Myotherapy is a form of manual therapy that combines a range of traditional and contemporary massage techniques. Soft tissue therapy, myofascial stretching, rehabilitative exercises as well as the use of hot and cold packs, are drawn on with this tailored treatment. Endeavour College of Natural Health offers the only Myotherapy degree endorsed by the Australian Association of Massage Therapists, the Bachelor of Health Science (Myotherapy).

Disclaimer: We no longer offer the Bachelor of Health Science (Myotherapy) at Endeavour College. We encourage students to check out our Massage courses instead.