Coming face-to-face with the C-word 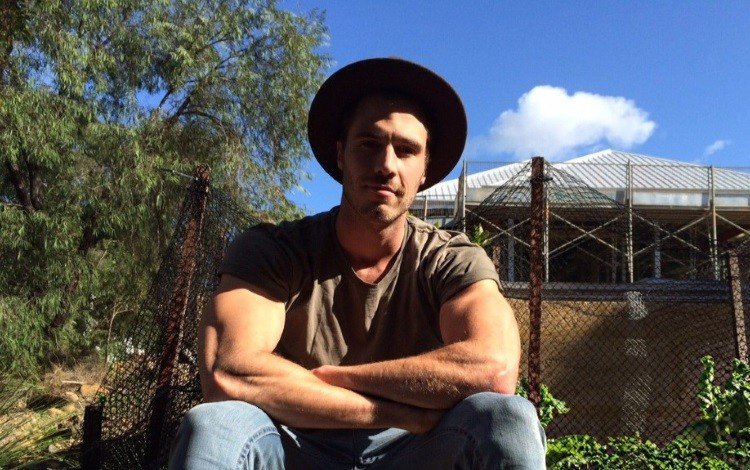 Naturopath Reece Carter and self-confessed herb-nerd shares his very personal story of being diagnosed with cancer, his treatment and self-care during recovery.

I knew my 27 thbirthday was going to mark the start of a big year for me. I moved to a new country, had exciting prospects for my business, and bucket-list adventures lined up with by best friends. All in all, 2015 held a lot of promise.

You can imagine how I felt then, two short months later, when a doctor looked me square in the eyes and said matter-of-factly “that’s cancer”. It was a split second transition in which everything changed.

In that moment, my life divided in two: before cancer (I affectionately call that period ‘BC’) and after diagnosis (‘AD’). The doctor moved swiftly and without panic; it was all in a day’s work for him. His staff buzzed about the office efficiently, booking me in at the hospital and pushing me up the queue for scans and ultrasounds. Meanwhile, I stood alone in the middle of his office, numb. The air was stolen from my lungs.

It didn’t make sense. Not me, not now.

I stepped out of his office and walked several blocks to radiology. I passed happy couples laughing over lunch, busy professionals jabbering on their phones, and angry drivers cursing their way through Hollywood traffic. How can they be going about their lives as usual, I wondered? Don’t they know that the world just imploded?

“We’re going to need to go back and take those images again,” said the radiologist later that afternoon, after we’d finished the CT scans that check for spread. As I was being pulled back in to the machine for a third and fourth time, tears started rolling. They need to scan again? I started to assume the worst: that means there’s more cancer. They found secondary tumors, I thought. It was, in my mind, the only explanation.

You’re probably curious by now as to what I actually had. It was testicular cancer, a stage one seminoma. And as it turned out, there was no spread to other organs. I was lucky; I caught it early through self-examination. But the next six days were torture. I had to find ways to tell my family, who were half a world away. Each night I crawled in to bed, knowing that the monster was in there with me. The operation couldn’t come quickly enough. Just get it out of me.

The surgery was quick, and my best friend flew from Melbourne to be with me. He propped me up while I hobbled about, and made me laugh when nothing felt funny. Again, I was lucky. But when it all healed up, a fresh wave of fear washed over me: how open do I be about this? I’d made a career out of being ‘the healthy guy’. It was a bitter pill to swallow that after all my clean living, I still had enough of the risk factors to be landed with the C-bomb.

It was a real internal struggle, and took lots of wise words from friends, but eventually I made peace with it. I realised just how blessed we are to have the options we do. In my case, I decided to pull the best from all forms of medicine – modern and traditional – to piece together a treatment that made sense to me. I wasn’t too proud to get the surgery I had needed. There are times, after all, when a scalpel trumps a sage leaf. But I also made sure I employed all the natural health measures that I knew would put me in the best position to beat this thing in the long-term.

I supplemented with all the herbs and supplements that I knew would reduce risk of recurrence, and optimise general wellness while I recovered. I was reminded (in a very personal way) why I’ve always preferred the term ‘ complementary’over ‘ alternative’: our natural therapies should work alongside mainstream medicine, not against it. There is a place for it all, and I’m grateful that I had access to both.

After a few weeks of playing tough guy post-surgery, I realised I was being an idiot and needed my family. The physical battle was over, but emotionally I was in pieces. I flew home to Perth, drove to the secluded South-West coast, and allowed nature and loved ones do the final bits of healing.

One day, about a week after I got home, I received a phone call from someone I’ve known for a very long time. They’d just been diagnosed with testicular cancer, and had been avoiding going to the doctor until they heard what happened to me. All of a sudden, my horrible little journey had a purpose: he got treatment and is now well.

So let me say this: guys, go and get checked. Men don’t do it enough. Men don’t even talkabout it enough. Don’t be too stubborn or ‘too busy’. If I could make anybody – male or female – take anything away from my experience, it would be to ensure you get your symptoms checked. Swallowing my pride potentially saved my life.

And how am I now? Wonderful! Three months after my surgery I had my first set of follow-up scans, and they were all clear. I’ll have more next month, and for ten years moving forward, but I can tell you I feel a lot safer knowing that I’m keeping a close eye on my health, and doing everything I can naturally to keep my body at its healthiest.

No biography.
Read more by No Author