Bulletproof coffee: Hot health tip or the next fad? 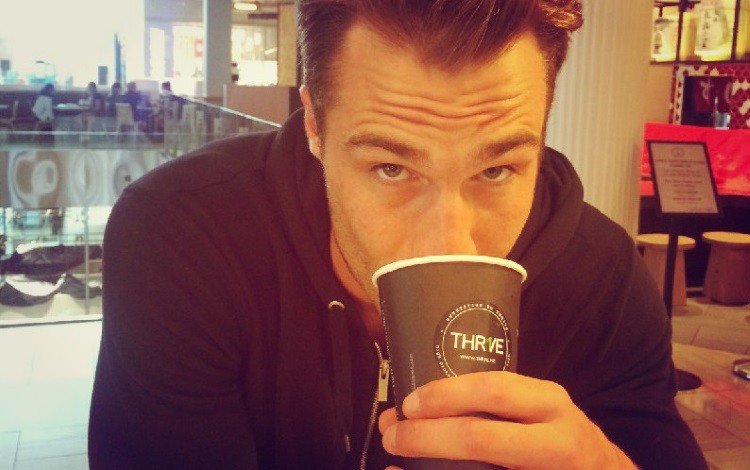 Hot on the heels of the juice cleanse and the green smoothie is the new must-have health elixir: bulletproof coffee. But is it everything it claims to be, or just another bandwagon to jump on, powered by clever marketing and convincing blog posts?

Hot on the heels of the juice cleanse and the green smoothie is the new must-have health elixir: bulletproof coffee. You may have seen it popping up on café menus and maybe you’ve been lured in for a taste by the mere mention of butter – I know I was. But is it everything it claims to be, or just another bandwagon to jump on, powered by clever marketing and convincing blog posts?

First things first, let’s take a look at exactly what goes into the coffee that offers “an all-morning upgrade” and promises everything from boosted energy levels to better fat metabolism. Dave Asprey, founder and CEO of The Bulletproof Executive, claims to have come across the idea whilst hiking through Tibet. The brew itself is a frothy mix of grass-fed butter, MCT oil (medium chain triglycerides, like those found in coconut oil), and of course coffee. Your first expectation might be that you’re going to get an oil slick sitting on top of your long black. In actual fact what you end up with is more like a latte, but with the tell-tale taste of butter on your lips after every sip.

Asprey tells us it is essential to use the purest beans possible, such as his trademarked blend, but many cafes – like Thr1ve in Melbourne’s CBD – are choosing to source their own ingredients. I visited Thr1ve recently to try their version of the drink, called Mountain Coffee. Unlike The Bulletproof Executive, I was a very happy naturopath to see Thr1ve didn’t make any unrealistic health claims about their brew, instead promoting it as a tasty alternative to standard coffees, suitable for those on a “primal” diet.

Naturopaths and nutritionists alike are well aware of the fact that saturated fats have been unfairly demonised in the past. Recent studies suggest that, when consumed in normal amounts, saturated fats do not contribute to elevated cholesterol or increased risk of heart disease. Instead, we should be looking to reduce trans-fatty acids, as well refined carbohydrates and sugars, especially concentrated sources of fructose. Fats give a sense of satiety, meaning that a coffee loaded with butter and other oils will undoubtedly leave you feeling fuller than something like a long black. Anybody who takes their coffee with full-cream milk probably already knows this. A satisfied appetite will leave you less likely to go reaching for a sugar-laden snack, and so in that sense is beneficial for those who are on a low carbohydrate, paleo, or ketogenic diet (as many bulletproof drinkers already are).

Although saturated fats have been relieved of their ‘bad guy’ status, it’s important to remember that this is only the case when eaten in healthy amounts. Any macronutrient in excess can be harmful to health. There are reports circulating that bulletproof coffee will increase fat metabolism. By that logic, we could eat unlimited amounts of fat and expect to lose weight, which is simply not true. Caffeine, on the other hand, certainly raises metabolism and can provide antioxidant effects, but that is the case even in a standard cup of coffee. Asprey learnt of the benefits of fat consumption while trekking some of the world’s toughest terrain, eighteen thousand feet above sea level. With that degree of physical exertion, fat does indeed become the preferred macronutrient to sustain energy levels. I once heard explorers of the Arctic routinely take jars of olive oil to drink on expeditions. It makes sense, because by weight fat provides more than twice the energy of carbohydrates, making it a dense energy source and sensible option for sustained physical exertion. Most of us, however, spend our days in offices and not in the Himalayas, and getting around involves more Yaris than yak. Even for those who sweat it out at the gym for an hour each day, there’s not really an argument for adding two tablespoons eachof butter and MCT oil to your morning coffee.

So is it good for you? Not really. Is it bad for you? Potentially. Personally, I didn’t feel the “all-morning upgrade”. If consumed occasionally there’s no real harm in it, but there are definitely more nutritionally sound ways to start the day ­– especially if you are having a ‘bulletproof’ instead of breakfast, as many say they do. Butter may have some fat-soluble vitamins, but you’d do a lot better to grab a couple of poached eggs with some avocado and your favourite greens. If you’re on a low-carbohydrate diet, a bulletproof coffee might be a nice treat to keep you on the straight and narrow while providing a slow-burn energy source, but on its own there are no real health benefits to adding a hefty dose of butter and oil to your coffee.

Read more by No Author