An Australian in Paris: one naturopath lives the dream 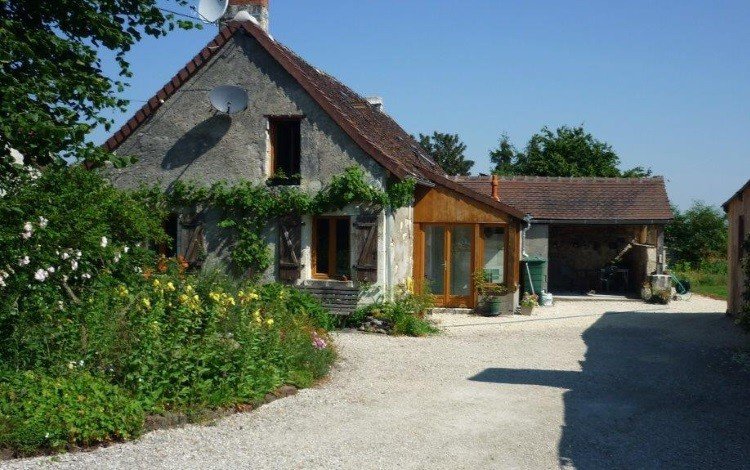 Naturopath and author Jill Thomas shares her career journey which has seen her work part of each year from Paris.

When Melbourne naturopath Jill Thomas decided to write a short booklet about fatigue and sell it through her clinic, she couldn’t have imagined the wheels she was setting in motion. Major book deals, readers around the world and the chance to practise each year in Paris were a taste of what was to follow.

Wellspringcaught up with the ambitious entrepreneur and Endeavour alumna to get a behind the scenes look at her inspiring journey.

It was after a stint in the public service that Jill first connected with natural health. She decided she would prefer to be self-employed and opened a health food store in Melbourne which she ran for five years.

“I always had an interest in nutrition and health and remember borrowing books on the subject from my local library as a teenager. I then developed such an interest in natural health through the shop that I decided I would prefer to be giving naturopathic advice than working in the business. This led me to enrol with the Australian College of Natural Medicine [now Endeavour College of Natural Health],” Jill said.

Jill went on to graduate as the dux of her year in 1997 and said being a mature aged student worked in her favour.

“I really felt I needed to have everything I had been taught and studied utmost in my mind, so I could hit the ground running,” Jill said.

Jill lectured for five years at Endeavour College’s Melbourne campus and picked up a regular spot on Melbourne’s 3AW talkback radio station as its resident naturopath.

She also opened her clinic Albert Park Naturopathic Centre in inner Melbourne where she has been practising naturopathy, iridology and herbalism for 16 years. Jill made the strategic decision to open her clinic within a medical centre to offer an integrative form of care.

“In the late 90s naturopathy didn’t have the profile it does today so I found working with a group of doctors and psychologists made a lot of sense. One of the doctors within the practice was interested in natural therapies which was a helpful way to secure referrals,” Jill said.

“I have always advocated a holistic approach to healthcare and work effectively with conventional medicine professionals, as I believe it often takes practitioners of several different modalities to treat a chronic illness.”

Jill quickly built a loyal client base through her Melbourne clinic, many of whom she still sees today.

“I have such a wonderful group of patients and I’ve found one of the keys to making that strong connection is by giving them time. People don’t want to be rushed and they want to be heard. I help them prioritise their health concerns and make sure I’m explaining the reasons behind my treatment choices and how they will work on the body,” Jill said.

“I have also found many patients feel overwhelmed with the overprescribing of treatments, and I have always made a point of keeping to exactly what they need and no more.”

It was when Jill’s $5 short booklet on fatigue struck a chord with Jill’s clients that she developed the confidence to turn the publication into a book and pitch it to Australia’s leading publishers.

“I wrote the first two chapters along with an introduction and sent it to 20 publishers, and three came back with offers, including Penguin Books who I ended up signing with,” Jill said.

It was an extremely busy time, with Jill running her practice five days a week and writing her book Revive: How to Overcome Fatigue Naturallyon the other two days.

“I didn’t realise how gruelling that period was until it was over. I certainly had no social life, but I enjoyed the process,” Jill said.

Jill went on to explore her interest in digestive health with her second book The Healthy Gut Guidewhich was published by Penguin to acclaim in 2007.

Good news followed when Italian publisher Red Edizioni contacted Jill to secure the rights to publish her first book in Italian in 2011.

“The books have been an amazing bonus for my practise through boosting my profile which has allowed my business to continually expand. I also write a newsletter each month which has been the only form of marketing I’ve needed,” Jill said.

As a lover of all things French, Jill had a serendipitous moment in 2007 when she met a young female patient sent over from France to stay with her grandparents in Melbourne. Encouraged by the support of her patient’s family, Jill decided to take a leap of faith to see if she could take her business to Paris for a short period each year.

“It was an overwhelming but exciting idea, and I thought it was the perfect time to see if I could build my business there. It had its nerve wracking moments, as part of me wondered if I would manage to attract clients once I was there,” Jill said.

It was a bold but fruitful move, with Jill collecting more regular patients with each visit since 2009, and eventually buying a home in the Loire Valley where she is currently setting up a clinic.

“Ideally I would love to live in France six months of the year and that is certainly what I am working towards. Nothing much beats sitting in a café and walking through parks in Paris watching the world go by in my down time,” Jill said.

Jill is actively chasing this vision through plans to translate her website and books into French, along with advertising more widely in Paris. At the same time Jill continues to take her Melbourne clinic to new heights and support clients around the world through Skype.

She stays energised through early nights and starts which see her at the gym at 4.30am every morning.

“A regular exercise routine works wonders to keep me focused. I also take off two days a week to recharge – whether it be to read a book in the sun or pot around in the garden,” Jill said.

“This helps me give the best of myself to my patients, which is what makes me truly happy. Nothing beats being able to turn things around for a patient who has suffered through chronic illness. Working in natural health has been the most satisfying career to have.”

Review of The Healthy Gut Guide:

“This book gives clear, succinct advice to anyone suffering from digestive dysfunction. I got great info from it and am already feeling better!”
Kristy Lemmon, reader.