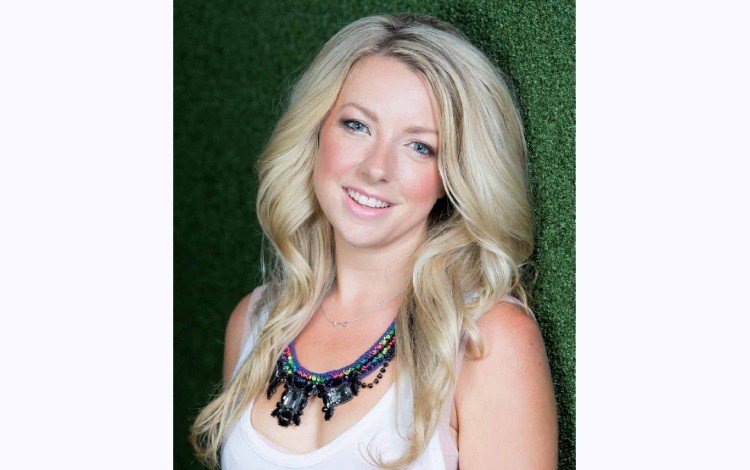 Endeavour alumnus Lola Berry has packed an impressive amount into her twenty eight years. After capturing Australia’s heart seven years ago with her infectious charm and healthy food message, her star continued to rise as she carved a niche for herself as an author, nutritionist, media personality and leading health and wellness figure.

Lola’s mission was inspired by an earlier period of her life where she worked as a fashion stylist, makeup artist and DJ and fell into an unhealthy eating pattern.

“It was a stage where I felt quite empty and I decided to try a detox which left me really healthy with glowing skin and I was hungry to learn everything I could about nutrition,” Lola said.

Lola decided to enrol in a nutritional medicine degree and declared she wanted to strive to become the ’Steve Irwin of fruit and veg’.

It wasn’t always an easy road, with Lola struggling through some subjects and having to work three jobs to buy a video camera to get her dream off the ground.

Armed with her new equipment she started making the trek daily to local banana and macadamia plantations and filming herself talking about homemade meals and their nutritional properties.

Lola quickly built a YouTube following based on her unique message and quirky style and the rest is history. Today Lola is using her profile to encourage Australians to be the best versions of themselves and the world is listening.

Lola’s third book The 20/20 Diet Cookbookshares 100 of her paleo inspired recipes which helped her lose 20 kilograms in 20 weeks. The book is selling so well her publishers Pan MacMillan had to have the book reprinted a few months after it launched.

“So much blood, sweat, tears and joy went into this book and I’m so proud of it. I want to teach people a simple, holistic way of eating. Think real foods, nothing from a packet, all fresh, clean and in their most natural state,” said Lola.

Lola’s book also encourages people to be more mindful while they eat.

“I want to remind people to enjoy the smells, the textures and flavours of their food by being present in the moment and really enjoying the experience. It really is the best way to cook and eat,” Lola said.

It is the ability to connect with others and help them through sharing her insights that keeps Lola striving forwards.

“The best thing is when people say I’ve helped them achieve some of their health goals – that is really mind blowing to me. If I can encourage people to nourish themselves physically, mentally and spiritually then I’m rapt.”

The release of The 20/20 Diet Cookbookwas 18 months in the making, involving a team of 30 people including Lola’s father who was her most prized taste tester.

“My dad is my hero and is easily my number one recipe taster. All the meals have to get past him in order to make the book – it’s a non negotiable!”

This follows the success of her second book The 20/20 Dietwhich quickly reached the number one spot for best selling diet book in Australia in late 2012.

Lola recently moved to Sydney from her hometown Melbourne to sign with esteemed management firm Harry M Miller and focus on her media career. With personalities including Peter Morrissey, Gai Waterhouse and Ryan ’Fitzy’Fitzgerald on the Harry M Miller books, the new partnership represents a pivotal point in her career.

“Lola had been on our radar for years as she has all the qualities for a long term career in the industry – ambition, honesty and a willingness to embrace hard, hard work. Lola is a media brand with the ability to release books, blogs, TV series, live events and brand partnerships all at once and that is what we are working towards,” said CEO Harry M Miller Lauren Cilento.

Recently announced as an ambassador for the not for profit ’modern meditation’ program The Smiling Mind, Lola is using her profile to raise awareness of the importance of bringing balance to young lives.

“Meditation is the greatest gift you can give yourself and helps you become kinder to others. I can’t wait to encourage more people to look after their health through a happy, healthy and balanced approach to food, exercise and mental wellbeing,” said Lola.

Lola has also helped countless young Australians through bravely speaking out about her more challenging life experiences, including an eating disorder which saw her weight plummet to 47 kilograms. She also recently opened up during an interview with Show and Tell website about her experience with sexual abuse and how she moved forward.

“It is an issue that touches one in three people – I hope telling my story helps some souls,” said Lola.

It isn’t only through her books and media work that Lola shares her message, she has also built an online community of 80,000 people who hang on to her every word through Twitter, Facebook and Instagram.

“I love having that ability to connect with people to remind them that it is so important to choose to put your health first. When this happens, watch how your world shines. When you’re healthy everything happens perfectly – you’re on your A-game and attracting the right kind of souls in your life.”

Lola is also using her move to Sydney as an opportunity to teach more yoga, film a new series and even learn to paddleboard.